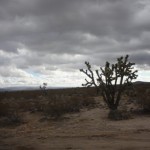 The Run:
I use music in my training to set and maintain a running pace.  I have several playlists based on tempo or beats per minute (BPM).  My current standard list contains music that plays at roughly 90 (BPM), give or take a couple of beats.

Lately, my times have been consistently faster, so I decided to make some changes to the 90 BPM playlist.  I removed all of the slower music with a tempo of less than 90 BPM.  Then I added slightly faster music in the 92-93 BPM range.  It may not seem like much.  But lately, I have found myself repeatedly skipping to the next song on the iPod looking for faster music to match my current pace.  The new music will help me consistently reach the various pace levels that I desire.

For example, on today’s run, I started out with music at 85 BPM for the first five minutes. I then switched to the 90 BPM playlist.  For the rest of the run, I fluctuated between 90 – 95 BPM and 90 – 100 BPM.  Aside from running faster times, this approach will help develop a more dynamic running style. It also gives me a broader range of music to enjoy during my runs.

The Mind:
Watching the Olympic Games in London of the past few weeks, we all were able to witness some incredible moments of victory and greatness.  To say that I was inspired is an understatement.

As I ran today, I thought about my favorite athletes and the events where their victories were achieved, recognized, and rewarded.  I know that these great feats did not just happen.  Huge amounts of quiet preparation were necessary.  Preparation that required vision, singular focus, unending determination, and sick amounts of work over a very long period of time.  Faith should also be added to the list of essential elements because not all obstacles are known and no outcome is set.  By the time of the opening ceremonies, they were able to enter Olympic Stadium as prepared champions.

It was interesting to watch interviews and catch the candid comments of these seemingly bigger than life athletes.  They spoke of unanticipated challenges and disheartening injuries.  There were times that they faltered in their training. They struggled while searching for motivation.  There were times when they were simply discouraged.  In other words, they are not larger than life. In fact, they are just like me.  But in the end, vision, persistence, faith, and work won.

This reminded me of something that Anthony Famiglietti tweeted at the beginning of the Olympic Games.  His suggestion was to “Don’t simply watch the Olympics today & marvel @ how great the athletes are.  Watch and recognize the potential WE ALL have inside to be great.”  He is right.

I believe each person on the planet is born with the seeds of greatness. Each of us has the power and ability to create something wonderful and positive that did not exist before.  It starts with each individual beginning to act for themselves and not be acted upon.  As you do this, somewhere along the line, a vision forms – usually after some searching and experimenting.  As with Olympic Champions, the vision needs to be nurtured with singular focus, unending determination and sick amounts of work.

Thinking back the events in London, there certainly were lots of inspiring moments during the Games.  But inspiring to what end?  True inspiration leads to action.

For me, the inspiration leads me to focus more heavily on one big running goal.  It further cements my resolve to see A2B to its full realization and to act daily toward that end.