The Run:
I am in New York City today on vacation with my two youngest children.  For the actual run, I made my way through the crowded streets to Central Park.  First time running there!  It made for a great run!!  Can’t wait to do it again tomorrow!!  There were so many other runners, walkers, and cyclist.  Plus there were artists of varying types lingering about.

One funny thing about this morning is when I was running up 6th Avenue towards the park, I looked over and saw a crowd of about 300 people in front of a small stage listening to some band playing “Rock of Ages” by Def Leppard.  I was thinking that they were covering that song really, really well!  That was about the time I realized that it really was Def Leppard play on that stage!

So, catching a random live rock concert at 8:00 am while out on the morning run!  Yep! I can check that one off the bucket list!

The Mind:
During the first and last part of the run, My mind was busy working on street crossing strategies and dodging people.  (Kind of a fun game . . . . in the summer.)   While in the park, I watched people a lot.  Also, I made note of various landmarks of where I was running so I could find my way back. 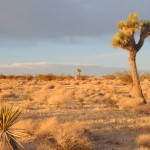 While todays actual run happened in a jungle of concrete and steel, the A2B Virtual Run covered 5 ½ miles of near barren desert.  (I always have to  rewrite the word ‘desert.’  I keep adding an extra ‘s.’)  Quite the contrast, in terms of landscape, people, wildlife (not the same as people), weather, etc.

Seeing that I am at 174 miles along the A2B Route, I believe the I should hit the 200 Mile Mark by Wednesday of next week.  Thursday, if there is a rain delay.  Looking forward to hitting another milestone!