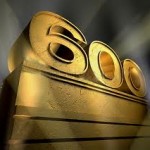 The Run:
Strange run this morning….

It started with an extra-long pre-run stretch. Despite the additional stretching, I didn’t feel very loose as I started the run. I felt out of sorts most of the run. I kept wondering what was wrong with my body!

I did not have a planned route today. Rather, I would just run for time (about an hour). I began by running in the general direction of a neighborhood that I have not run through in quite a while.

While running, no matter how I tried, I could not get my body and stride in sync. I stared at my legs, arms, and chest trying to will them into submission. Time and time again, I failed.

After some time, I checked my watch and saw that it was time to head back home. I decided not to return the same way that I had come. Frustrated, I chose to take a small shortcut back.

While following my alternate route, I fell behind a runner who was moving at a slower pace. Just as I was about to pass him, he stopped running and started walking. About 3-4 minutes later, the same guy, who apparently started running again, passed me! (The audacity!!) After a few seconds of being surprised and shocked, I got really mad at myself for letting that happen!

As it turns out, this little event was today’s prescription for motivation.

Without thinking, my legs and arms worked in unison to up my pace. My stride naturally lengthened. My breathing became free and deep!

Before long, I passed my sudden nemesis du jour, never to see him again. However, my late run redemption created a new problem . . . . I was lost (he says sans ego)! It seems that for those few minutes, I was so focused that I forgot to pay attention to where I was running. (I had turned a few corners to better see where the other runner was and ensure my “victory.”)

The result was that I had NO idea at all as to where I was! It took 20 minutes of extra running to get myself back on track.

All I could do is laugh!

The Mind (Thoughts While Running):
While dealing with my seemingly uncooperative body, I was thinking about the impact of nutrition on my running. (This run in particular!) I thought about what I could change and/or improve. I considered everything from more Cheerios to less carbs.

Whatever approach I take, it has to serve two purposes. First, I want to give my body the fuel, energy, and tools needed to perform well. Secondly, in order to meet my running goals, I need to lose 15-20 lbs.

I was just starting to put together a plan to try for a month when I got a little distracted by an imagined competition. Soon after that, I had to use all of my focus to search for a sense of direction (and my personal pride).

All comments –sarcastic, mocking, or otherwise – are welcomed!
Facebook: http://www.facebook.com/A2BRun
Twitter: https://twitter.com/RunA2B
Email: a2b@sub4minds.com
Or in the comments section below.